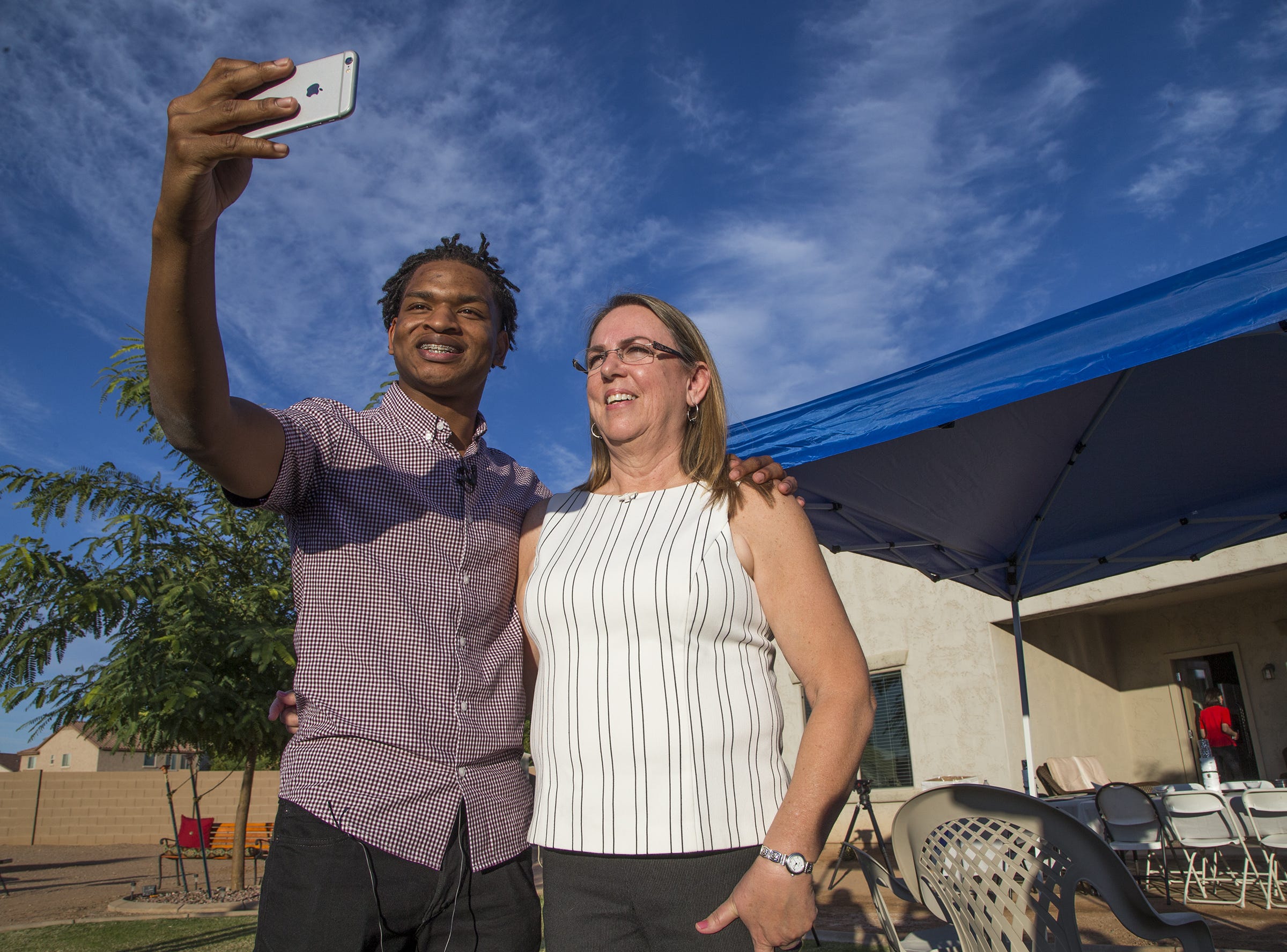 What started as a text to a wrong number has led to years of friendship and shared Thanksgiving meals for Jamal Hinton and Wanda Dench, a holiday tradition born from a happy mistake that's gone viral every year since.

In 2016, Dench sent a text to a number she believed belonged to her grandson to invite him to Thanksgiving dinner at her home. Turns out, she accidentally texted Hinton, a complete stranger at the time.

Hinton asked who the number was and when Dench sent a photo of herself to Hinton, he replied, "You not my grandma. Can I still get a plate tho?"

"Of course. That's what grandma's do... feed everyone," Dench replied.

Since that text mixup, Hinton has received an invitation to celebrate the holiday with Dench's family in Mesa, Arizona, every year.

After he posted their text interaction on Twitter in 2016, the heartwarming story went viral, and on Sunday, he once again confirmed via social media that the duo will be sharing Thanksgiving together again.

We are all set for year 6! 🦃 pic.twitter.com/wEQioizWGd

"For him to continue with the relationship, I'm just really pleasantly surprised," Dench told the Republic in 2017. "We're more of extended family and, best of all, friends."

Last year, the families spent their first holiday without Dench's husband, Lonnie Dench, who died in 2020 after contracting COVID-19. To commemorate Lonnie, Hinton, Dench and her family held a photo of him while they continued their long-running tradition.

Tradition stays strong: He was accidentally invited to Thanksgiving by 'grandma.'

Hinton told TIME each year the Thanksgiving dinner serves as a time to catch up on each other's lives and events. He said they rarely watch TV and instead spend hours talking and laughing.

"Time kind of just flies. We don’t even realize how long we’ve been there. They’re really good company," Hinton told TIME, describing their dinners together. 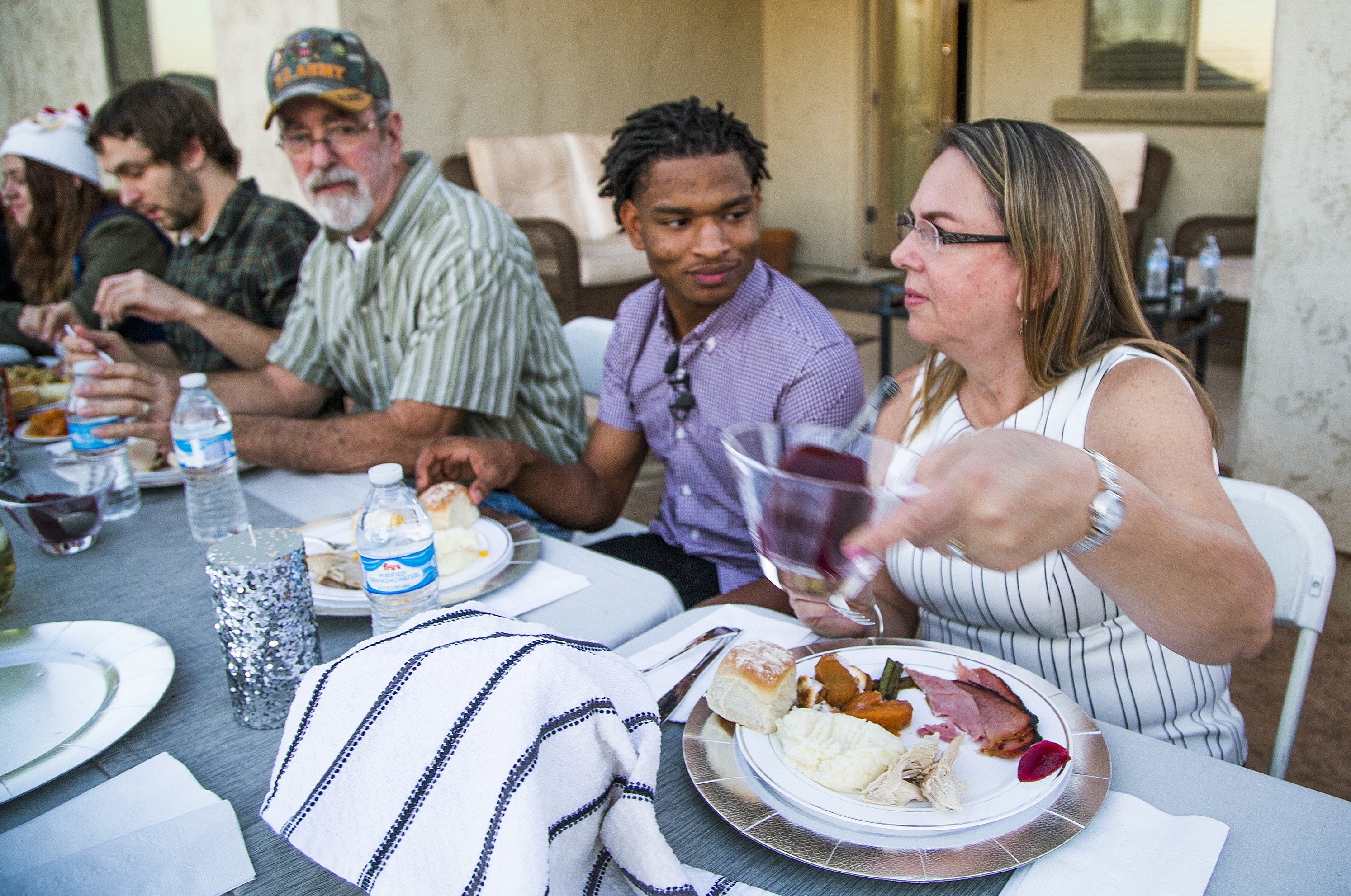 CircleAround is operated by a wholly owned subsidiary of Girl Scouts of the USA. The site serves women nationwide by providing content that is uplifting, thought-provoking, and useful. We make revenue distributions back to GSUSA so they can further their mission of building girls of courage, confidence, and character who make the world a better place.

4 Articles We Chose Just For You

Save BIG and Have Fun with a DIY Coffee Bar!

It’s a tried-and-true adage: Avoid your daily $5 coffee shop latte to save on your monthly bud...

Becoming Glamma: A Journey to the Most Beautiful Versio...

The text came in from my almost 16-year-old daughter late that night. “Can we talk?” she ask...

Finesse These 5 Female Traits to Become a More Powerful...

A Little Rabbit Returns to the Big Screen

As controversy over his enrollment swirls, ASU says Kyl...

While ASU said Rittenhouse is not currently enrolled in ASU classes, the 18-year-old said in inte...

Jessica Watkins to be first Black woman to join an exte...

We are owned by One GS Media, a subsidiary of Girl Scouts of the USA, and we serve adult women nationwide by providing content with commonality, positivity, and usefulness. We make revenue distributions back to GSUSA so they can further their mission.

Read more about us here or

In order to save an item for later, you need to be logged in.

In order to vote in a poll, you need to be logged in.